How do you know when you’re a good social dancer? 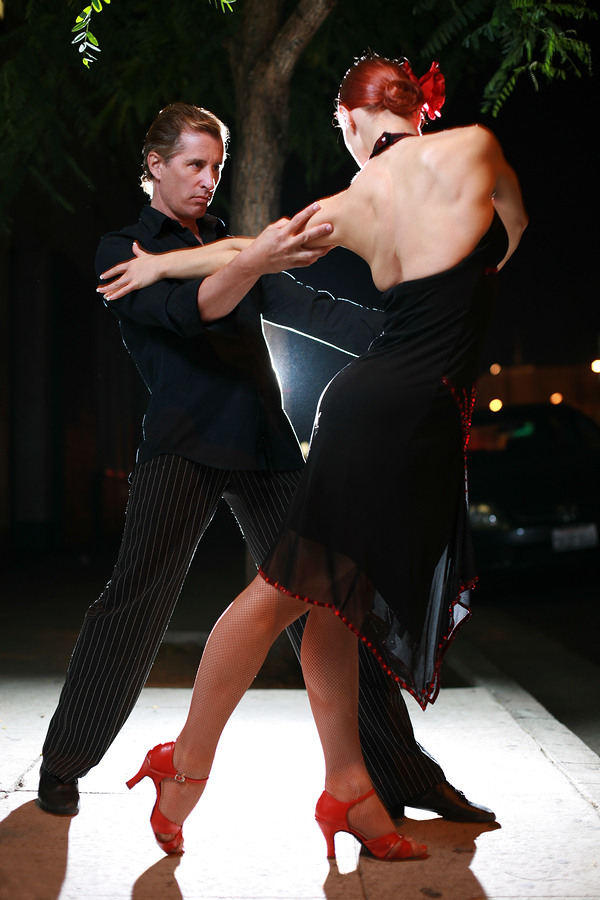 I assume that you’re reading this post and all my other blog posts because you want to know how to be a better dancer. This does of course raise a question: how do you know if you’re a good dancer?

With these questions in mind I thought it is worth talking about how you can tell if you’re a good dancer.

The obvious way to tell is through gradings and competitions. If you have worked your way up a number of levels or won a lot of competitions, then you would think that that makes you a good dancer.  At least it makes you good at dancing in certain situations: when there is a set routine to follow, when you’re dancing with someone you know or under pressure. For you this might be enough. And if it is, then you know exactly what you’re aiming for: more levels  and first places under your belt. The good thing about this approach is that you know full well when you’ve achieved your goal or how much further there is to go.

Is this the only way to tell if you’re a good social dancer? What if you’re not interested in competitions or gradings?

I have mentioned Tim Ferris a few times before because he sets an excellent example of how you can manage your time, and do what you want. He actually dances Tango and quickly progressed from beginner to winning some serious competitions. You can read more about it in his famous book – The Four Hour Work Week.

I have found his writing very interesting, but some people hate his attitude toward dance. Basically, Tim does focus on the competition side of things. People like Mari Johnson, another blogger on dance (specifically Tango), are quite hostile toward Tim’s positions. You can read the blog here, but Mari basically argues that Tango is not something to simply master. There is another element to it that is more like an experience that is essential to proper Tango. I think you can say the same of all social dancing.

But what is it?

I have always been suspicious of competitions too as an absolute measure, but love them for the focus they give me. I would be so lazy without them. This has made me pay attention to other measures. I came across one at a special dance class I went to once. This night they had a guest teacher in. This teacher ran a brilliant class. He went through some great moves and matched them to some really well chosen music. I was so impressed that I looked him up on the school’s website. On his profile it said that he was known as ‘The best man in Melbourne (the city in which he lived) to dance with.’ That sentence left a real impression, and I cnan still remember the feeling that I had when I read it. It was the obvious key element of knowing you’re a good social dancer – what the other person experiences when dancing with you.

The only issue with that is that people are always polite. Well not always, but often. This means you can’t rely on them so you need something else that you can trust and that you can use to determine if you are indeed a good dancer.

After talking to a few other dancers I think the key is looking for a balance between three things: you, your partner and the music. When you and your partner are in sync with each other and the music, you get a certain feeling. It is a really positive feeling too. It is similar to surfing, where you feel that your body as extended to include the board and the wave. If you have surfed before, then you know what I mean. If not, then it is like your physical self-awareness increases – you can feel not just your body, but that of your partner and the music.

I have never had this experience without the person I am dancing with also having it. So I would argue that the more frequently you experience this feeling, the better the dancer you are.

Obviously, you might not get it if you’re partner is not at that level yet. It is partner dancing after all. That’s why I say it’s related to the frequency of the experience. So if you’re looking for a way to measure how good a dancer you are, then think about how often you have that feeling of unification between you, your partner and the music.

Tags: Competition, how to dance well, what is a good dancer

Clearly this method of communication failed. But the question is not what should be done, but instead the question is: what can this tell us about learning and teaching within dance?

Where does learning take place?

It is always good to remember that learning actually takes place in the student. Until the student understands what is meant to be understood, learning has not taken place. Therefore, some feedback is needed.  Otherwise, the teacher will not know that anything has been learnt. Further, it is possible that the student could ‘learn’ something different from what was being taught, and end up misinformed.

The need for a common language in social dance learning

To ensure that a dance student understands properly, a common language is needed. Not one amongst all dance students and teachers. Just one between the teacher and the student(s).

A language need not be only words. As I mentioned above, my teacher was trying to use physical force to communicate with me. This will work for some people, but it did not for me. And it might not work for others. Thus, words should always be considered.

This might seem obvious, but we do not all have the same way of communicating. As I go over in part 2 of Dance Better Now, some people lean toward the visual perception of the world, some kinaesthetic and some auditory. If a teacher leans toward the visual or kinaesthetic over the auditory, then that teacher is less likely to use words to communicate. Considering the physical nature of dance it would not be a surprise to find that many teachers rely more on physical expression than words to communicate.

Given that learning takes place in the student, if you are a student, then you should take more responsibility. This means that the second point above is the more important one.

If a student puts the effort into asking, then a common language, between that student and the teacher will evolve.  This will then allow for faster and better learning.

Saying that you need to ask question is easy. But what to ask? Consider the story I told you at the start. It would not have been hard for me to simply ask why my teacher seemed more difficult to lead. She would have then said that I was ahead of the beat, and I would have focused on that instead of leading with more force.

My teacher could have also asked why I was not slowing down. She could have also simply said out loud that I was going too fast. I would have also realised that when she feels like she is being dragged that maybe she is trying to make me realise I am out of time.

If either of us had have put more effort into sharing our observations, then there would have been faster progress.  And that’s the key to developing a common language for learning dance. Get into the habit of talking about what you notice so that dance is better understood.