To split or not

When it comes to learning figures, sometime breaking them down can help. However, at other times, it will do the opposite.

What makes the difference is the points where you break a figure.

We sometimes break figures up based on the number of movements or where there is a change in direction. This often works well, but be mindful of something.

Sometimes a section of a figure can involve a large number of movements or use movement in one direction to wind the body up for movement in another direction. You can be tempted to learn part of a figure up to the point where there is a change in direction – this seems sensible.

Take a look at the video below of the Ocho Cortado – Tango often has good example of figures where misplaced break points can hamper learning.

Think about points that might at first seem like ideal ones to pause as your learn the figure by breaking it up. Now consider if maybe they would not be ideal for the sake of ensuring that actions are well executed to prepare for future actions.

Consider how you should break up figures – in your head or for practice to make learning and execution easier.

Do you need to know a lot of figures to be a good social dancer? 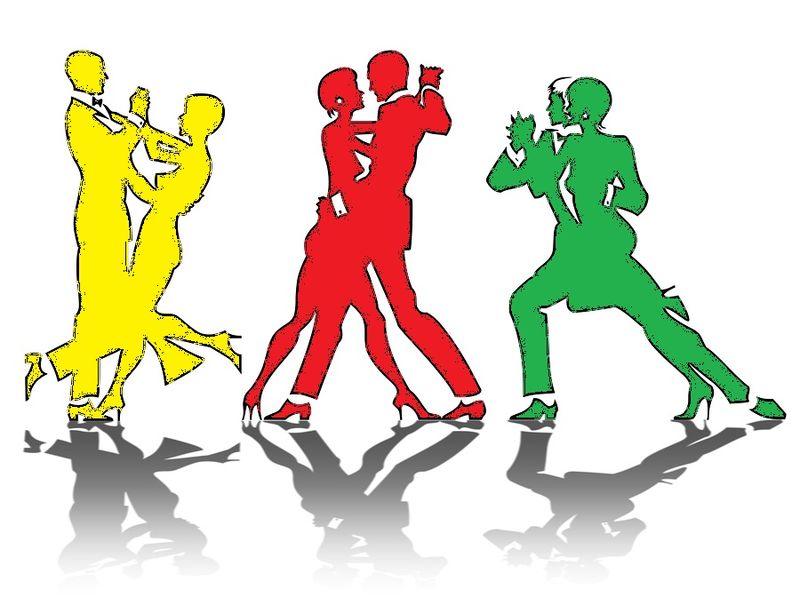 Something that bothers many social dancers is how many figures you need to know to be a good dancer.

Do you need to buy those DVDs with the extra salsa moves on them; do you need to do the next medal in modern or Latin so that you have more figures under your belt; should you go to that special workshop by that swing dance couple to learn those extra figures?

How many figures is enough?

Before I answer this, I want to relay three stories.

I recall being told explicitly that I did not have enough figures by a salsa dancer that I had been dancing with on and off for some time. We were talking about this topic – how many figures one needed to know. I had said, with some confidence, that I thought that I had enough to keep things interesting for anyone that I was dancing with.

It became very apparent to me, very quickly, that at least one person thought that my contention was incorrect.

This led me to think that I needed to learn many more figures.

However, another story relates to one of the most interesting dancers I have ever encountered.

This was a dancer from South America who I encountered when I was living in China. This guy would do nothing but the salsa basic. However, whenever you watched him dance, you could see that he really felt the music. He looked like his entire like was in balance and satisfied when he danced. He was the epitome of contentedness: All from doing nothing but the basic.

He never had any troubles finding a partner to dance with. The women he danced with seemed to be able to pick up on his vibe, and get the same pleasure from dance that he was experiencing.

So then it looked like a large number of figures was not needed.

But there is one last story I want to share.

I danced with another woman where I tried to use a balance of moves and dance in sync with the music and express the music. Sometimes I dance simple figures, but really feeling the music. Other times, I danced a collection of figures in what I thought was a well-executed mini routine. And you know what she said to me? “I like it when you spin me.” All she really liked was being spun form one side to the other. It didn’t seem to matter too much whether I was expressing the music or putting together a nice collection of figure. She just liked to spin. However, she didn’t just want to spin on the spot; that would be silly. The spins needed to move and flow from one to the other.

So what can be extracted from these stories about the figures you need to learn?

However, you probably can’t just rely on knowing figures. You need that musicality to really bring it to life.

And then, there might be times when the key is not a lot of figures or musicality, but focusing on a certain characteristics (maybe spins, but maybe not) while not being overt. For that you need to be able to link the right figures together and maintain flow.

That means that there are three things you have here:

If you think you’re fine with numbers 2 and 3, then look into more figures. However, if you have learned a lot, then make sure that you are OK with expression and flow. If you are not, then maybe look at the one(s) that need work before learning more figures.

Many of us fall into the trap of thinking we simply need more figures. There’s certainly nothing more with knowing many, but don’t go thinking that’s the silver bullet to better dance.