How to tell if a lady wants to dance

On the weekend just gone, I was at a street Latin event with a friend who started dancing around the same time as me. We started talking about picking ladies to ask to dance. Part of the conversation was how to pick a lady that would be fun to dance with or one who would be a good dancer. However, the major topic of conversation was how to pick a lady who would say 'yes'. It turns out that I had a few more insights than others so I decided to share these with you.

Many men do worry about asking a woman to dance and have her decline the offer. It would be good if it was the case that men would never say ‘no’ to an invite from a lady, and we men could simply sit back and wait, but I have seen men too decline invites in the past (which really surprised me to see). Thus, if you are a man and you want to dance, then you are going to have to learn to ask.

The easiest way is to look for women who are putting out the signals like those recommended here – http://www.salsacrazy.com/guideforwomen.htm. Ladies, if you would like to be asked more, then the content of that page cannot be recommended enough. I have had female friends use it, and simply never be off the dance floor when they want to dance and use this new found power.

However, not all women know how to consciously send the signals to indicate that they would like to be asked for a dance. That means you need to look for the unconscious signs. However, let’s first talk about why this should even be an issue.

Why do men worry about women saying ‘no’ to a dance?

Now that we have some idea of why we worry, it’s worth putting somethings into perspective:

Keep the above points in mind and you will at least feel better about asking someone to dance.

Now let’s talk about picking someone who wants to dance:

The above it not complicated, but these few points will make you much more likely to to choose a lady who will give you a ‘yes’ and make asking an easier task.

The above is also true for anyone of any sex asking anyone else. I have only used the context of a man asking a lady because it is more common.

Tags: asking someone to dance

Combat and dance – get some fight in yourself for better dance 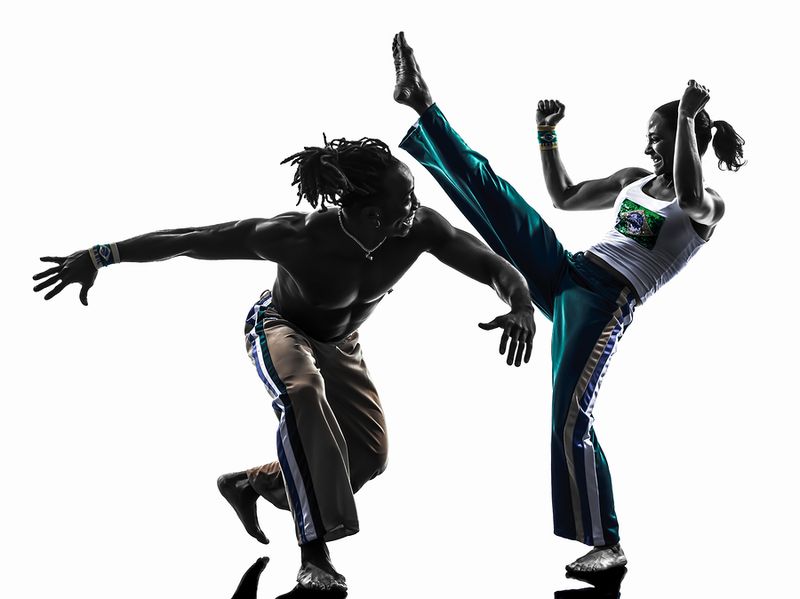 The first time I noticed a similarity between dance and martial arts was when I was learning the waltz spin turn. It is a bit like a spin back elbow in Muay Thai. Take a look at the video below.

Notice how you step to the side and then turn. When I was thought that move, there was an extra step with the turn to get extra force. Also notice ion the video how much of the instruction juts feels like that in a dance lesson.

Now notice how in the video below of a waltz spin turn that the 2nd and 3rd steps of the turn (at around the 6 second point) have a similarity to the foot work of the spin back below.

The next time I noticed that similarity was when learning the cross body lead in salsa. Take a look at the video below.

It is a lot like the side step used when you need to evade a charging opponent and get at an angle where it is easier to attach them. See the video below and notice the similarity with the foot work. The guy in the red uses a similar side step to evade his opponent. It is effective, but I think the salsa dancer does it more gracefully.

However, it is not all about foot work. Simply leading has a lot of similarities with much of grappling. Take a look at the Krav Maga video below at 4:04. Notice how the person on the receiving end is given such a clear lead that they have no choice, but to move in the desired direction.

This is a very clear lead.

Another similarity was a little less obvious. However, it almost seems that the Latin hips used in the related dances is designed to help with the isolation that a good fighter needs to be able to deliver a powerful blow. Take a look at the video below and notice the way each part of the body moves differently to manage the flow of force.

I notice the similarity most when doing samba and the isolated hip movement that is needed. See the video below and notice the need for this ability to move the hip separately from the body, but still in conjunction.

View How to Dance the Samba on Howcast

Perhaps the best example of similarity between dancing and combat is Capoeira a combat style from Brazil that includes dance moves and partner dance like interaction with others. See the video below for an example.

What does this mean?

Mostly, the parallels between dance and combat are interesting. Despite the similarities, I know few who regularly engage in both. It could be because we live in a time poor society, and we can only have so many pass times. However, I suspect that people interested in one are likely to have an aversion to the other. Therefore, few of us will really get a chance to experience the similarities first hand.

It might also be of interest to consider if this contributes to the sexist nature of dance that some argue about. Typically, men lead in partner dance and many of the similarities with combat are congruent with the lead subduing the follow. I don’t contend that this means that dance is sexist, but this comparison does show that if one exaggerates the lead follow relationship, then there would be misogyny within one’s dance. This is something to be aware of.

However, the real advantage of considering this similarity is that it can provide you with a new perspective on dance that can help with learning. If you think of your partner has a combat opponent, then:

Certainly do not expect fisticuffs next time you dance, but taking this perspective might help at times.